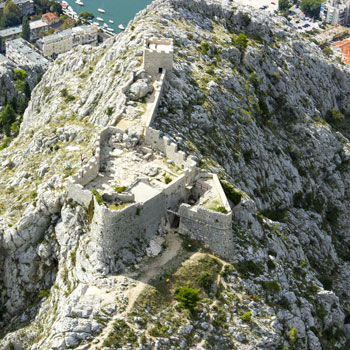 Located above Omis and can be easily reached on foot from the city center. It takes you an hour of easy walking to climb to the 15th century fortress once used by pirates as a refuge from enemies. From the top of Fortica there is one of the most beautiful panoramic views in all of Dalmatia. You can see the beautiful canyon of the river Cetina, the islands of Hvar, Brac and Solta. Entrance to the fortress is charged 20 kn. 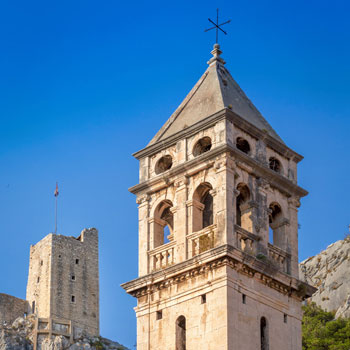 Built in the 13th century and is located just above the old town of Omis. In the past, this fortress served the pirates as a lookout point from which to observe the enemies (the Venetians). Today, every year in Omis, in memory of the turbulent history, the "Pirate Battle" takes place between pirates and Venetians. 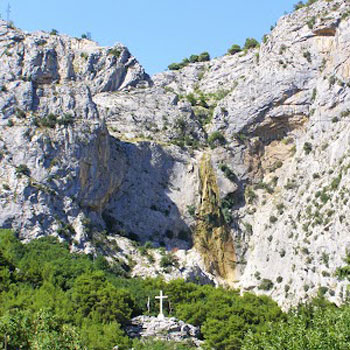 You may have heard of the small village of Zakučac, where beautiful stone houses have been preserved, among which streams murmur, which originate from the large Ilinac waterfall. At that place, the people of Zakuč and Poljica are proud of themselves, and St. In honor of Leopold, they built a shrine. 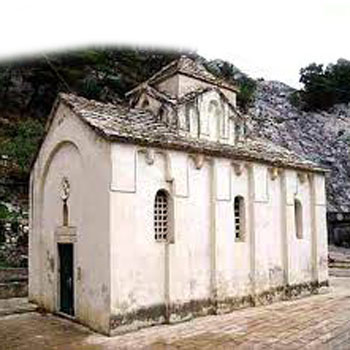 On the right bank of the river Cetina and it is first mentioned in documents in 1074 during the reign of King Slavac. Early Christian stone parts (capitals, lintels, stone bars on the windows) were installed in the church. Next to the church was the Benedictine monastery, and then the Franciscan monastery.

The parish church in Omis is dedicated to St. Michael. It was built at the beginning of the XVII. Century, as evidenced by the inscription in Latin on the side door. The church bell tower was completed in the XVIII. century. The church was built by local builders, and combines features of Gothic, Renaissance and early Baroque. In the niche above the magnificent stone entrance there is a statue of St. Mihovila and the window rose. On the church walls are the coats of arms of Venetian nobles and the coat of arms of the town of Omis. Stone coats of arms can also be seen on the houses of wealthier families, and portraits of prominent nobles on altar paintings in the church. 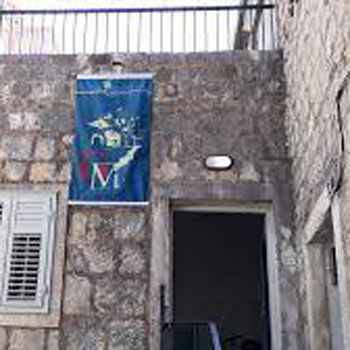 In the city museum of Omis there are stone fragments found in the hamlet Baučići that testify to the ancient past of Omis, fragments with Roman inscriptions and 33 and 51 BC, a marble portrait of the Roman emperor Tiberius, much of the ancient altar dedicated to Augustus, Roman tombs, superstructures stelae, sarcophagi, etc.
Of the other cultural and historical sights of the city of Omis, we definitely recommend a visit to the "House of the Happy Man", the church of Sv. Mihovil, the underwater wall of Mostin, which in the past was a trap for enemy ships, and Poljica Square.